We are always delighted to promote charitable causes that matter to our clients.

In this newsletter, we turn our spotlight on to the Wirral Society of the Blind and Partially Sighted.

The charity was founded in 1989 by a group of visually impaired people and, since then, has gone from strength to strength, despite having to raise 100% of its funding.

Adele Law, who sits on the charity’s board, says: “We help blind and partially sighted people on the Wirral with the practical, emotional and social support they need to live independently with sight loss. We work with people of all ages and their families, providing Low Vision Aids, IT training, an advocacy service as well as clubs, classes and social activities.

“Although our resource centre is in Birkenhead, several of our members live in the Neston area, as we are the only organisation providing these services on the Wirral

“This year, with the end of a substantial grant, we have already had to make staff cuts and curtail some planned activities.

“We are always looking to increase our links with the business community and would love to talk to businesses who may be able to support us in some way. Whilst cash is always welcome – businesses help us by staff fundraising or donating much needed services.” 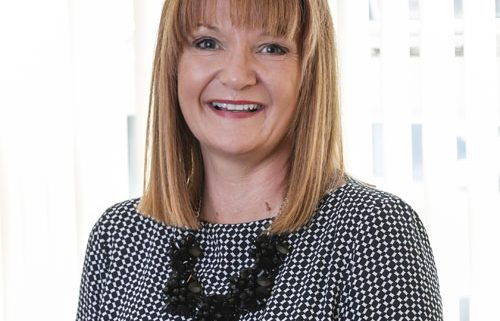 Helen Brown, a chartered financial planner at Phillip Bates & Co, has once again made it into VouchedFor’s 2019 Guide to the UK’s Top Rated Financial Advisers.

The guide “aims to demystify the advice landscape and highlight those financial advisers who are consistently doing an excellent job for their clients.”

Selection is based on the number of client reviews amassed during the course of a year.

Helen’s achievement caps a successful 12 months as, together with colleague Margo Dorozik, she achieved chartered status. This means that, along with MD Alan Mellor, the firm now has three chartered financial planners, something that is extremely rare in the region.

We are delighted to have welcomed Lynn Groves on to the team at Phillip Bates & Co Financial Services.

Lynn is an experienced para planner of more than 20 years.

She is an important appointment coming at a time of increasing regulation and compliance and the need for greater reporting to clients.

President Donald Trump does a lot of things differently to previous incumbents of the Oval Office.

One of the more significant is his addiction to Twitter and his habit of using the social media platform to fire staff and, more worryingly, announce changes in policy.

More recently, this has included giving his 59.1 million followers updates on how trade talks have been going with China.

One minute the talks are going great, the next they are going nowhere and there are renewed threats of stringent tariffs.

Every time President Trump tweets the markets naturally react as they are barometers of sentiment, looking for signs of future value.

A Trump tweet in the middle of the night can trigger short-term consternation and cause financial advisers to grow a few more grey hairs.

Thankfully, any temporary blip caused by the President’s running commentary on issues such as trade talks balances itself out in due course.

But I think most advisers will hope that the next President of the United States is a little less active on social media.

One notable announcement coinciding with the Chancellor’s Spring Statement was a further crackdown on offshore tax evaders and their advisers as part of an initiative called No Safe Havens 2019.

A Treasury document outlined HM Revenue & Customs (HMRC) strategy for reducing the amount of overseas tax evasion. This includes hefty punishments for those found to be transgressing.

The document states: “We will relentlessly pursue enablers using the new penalty regime for anyone who designs, sells or otherwise enables the use of a tax avoidance arrangement which HMRC later defeats.

“Similarly, we will impose new civil penalties on those who deliberately enable another person’s offshore evasion or non-compliance.”

It went on to reveal that HMRC has collected data on 3 million UK residents’ offshore financial interests during the last year and is beginning to detect cases of possible non-compliance.

The crackdown on offshore tax evasion should not be confused with offshore bonds which are completely above board and meet all regulatory requirements.

Usually, the Chancellor’s Spring Statement is an important event in the Government’s calendar.

But this year, it passed by almost unnoticed, drowned out by the Brexit pantomime being played out in Parliament.

While Philip Hammond talked about a potential ‘deal dividend’ of around £27billion, it means nothing until a deal is concluded.

Hammond talked about “an economy that has defied expectations and will provide the solid foundation that Britain needs to seize the opportunities that the future offers.”

The positive messages from the Chancellor were dampened slightly by the Office for Budget Responsibility (OBR) which slashed its forecast of UK growth by a third, from 1.6% at the time of last November’s Budget to 1.2% now.

On a rolling 12-month basis it marks the lowest figure since the UK exited the 2009 recession.

Clients often ask me about the impact of Brexit on their financial planning and my response is always that a good, long-term, well diversified plan anticipates bumps in the road such as recessions, economic dips and even extraordinary events like Brexit.

Having said that, I don’t think there is anyone who doesn’t want to see an end to the uncertainty caused by Brexit. Without such certainty, it is impossible to understand the Government’s intended future direction of travel.