Chancellor Philip Hammond’s Budget this week is unlikely to be one that we will talk about in years to come.

As is often the case in modern politics, the vast majority of its contents had been heavily leaked in the run-up to Monday’s speech.

But, for investors and those with a focus on long-term financial planning, Budgets lacking big surprises are often the best.

As former US President Ronald Reagan and a number of other notable people are supposed to have said: “Don’t just do something, stand there.”

One of the biggest concerns prior to the Budget announcement was that the Chancellor might look to reduce the amount of cash savers can put in their pension. As things stand, the maximum is £40,000 per annum and there was talk in some quarters of this being reduced to £30,000 or even less.

It allowed the Chancellor to continue the theme of Prime Minister Theresa May’s party conference speech that austerity is finally coming to an end after a decade of belt-tightening.

There are a lot of misconceptions around the annual allowance. For many business owners, putting away money is extremely difficult for the majority of their working life, but in later years they try to catch up meaning that the current £40,000 annual allowance gives them the opportunity to ensure their longer term financial planning is on track.

Other announcements that will be welcomed by the majority of tax payers are the increase in the personal allowance to £12,500 and the raising of the higher rate tax threshold to £50,000.

The Chancellor also disclosed that the Office for Budget Responsibility (OBR) had increased its projections for GDP growth from 1.3% to 1.6%. This is by no means dramatic growth, but often a steadier upward curve is preferable in the long-term to more erratic growth.

Overall, my view is that Budget 2018 is a good Budget for the vast majority. The economy is continuing to move in the right direction. We have waited a long time for signs that the austerity of recent years is coming to an end, but, equally, any loosening of the purse strings needs to be sensible and with the longer view in mind.

There were, of course, very few mentions of the elephant in the room – Brexit. The Chancellor said he was “confident” a deal would be done, but also talked about not being “complacent”.

If his confidence turns out to be misplaced, we may be having the next Budget rather sooner than anyone would want. 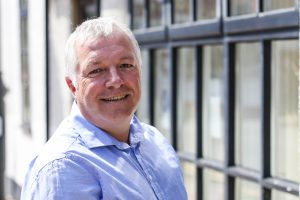 How will Brexit affect you?

When is the right time for business owners to retire?

How much money is enough to retire?
Scroll to top